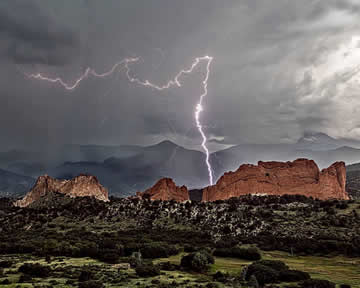 I have Venus in Taurus in the second house, so I can get comfortable in my habitation, sometimes for extended periods. Had you told me when I was in my twenties that I would choose to live as a recluse in the Western Pacific highlands of Guatemala, alone, I would have laughed.

Yet here I am, in my own little piece of heaven, happy, chilling’ for long periods and finally, writing.

It’s funny how life’s twists and turns can lead you to the place you belong. General society says go to school, figure out what you want to be, get married, have some kids, acquire a large mortgage, have some grand kids, eat, drink, be merry and pay the bills. Well for me, after trying all but the kid part, I knew, early on, this would just not work for me.

I had a career, areas of interest, a thirst for knowledge and an adventurous spirit. These qualities are more like an Indiana Jones than a Stepford Wife. So after an attempt at the standard life, I had to opt for what I came to term The Universal Relocation Program.

The Toltec work I came across helped me to free myself, to really allow my true being, to rise from the ashes of several previous incarnations in this life alone.

Once I decided I didn’t have to be in one certain location to thrive, the world began to open her possibilities to me and, rather than daydreaming of some exotic vacation in Jamaica and what it would be like to live there, I would get invites to move there…I thought, well, options abound.

Each time I was about to be relocated, I would ‘feel’ it coming, not knowing where I would wind up. I knew it was soon time to go. When I first traveled to Switzerland in 2001, I had zero idea I would move there 2 years later. Some friends, during my first trip to Europe, asked me if I ever saw myself living in Europe, and I said no, no way. Two years later I was living in Geneva canton, so go figure.

My quest to find an engineer to help develop a technology I was creating lead me on my first trip to Florida, right before one Christmas. By the first of April, I was living in a high rise on the beach, arriving from Asheville, North Carolina. Once again, go figure.

When I let go of my apartment on the beach a couple of years later, I had plans to go back to Texas and then back to the Yucatan in Mexico, where I thought I would relocate permanently. None of that worked out, and I was homeless for four almost five months, sleeping on couches with my stuff in storage.

Then one day something strange happened, a discussion to go to Guatemala (story too long for this format) and thus my life, my project and my home all brought me to it. Sight unseen.

My suggestion? Pare down, lighten your load. Get or keep a career you can carry with you (I do readings and several energy healing modalities). Be open to The Universal Relocation Program, be patient, be diligent, hold vision and listen. When the portal opens, be ready and go!

Don’t let language be a barrier. Don’t be afraid to go it alone, and above all, be respectful and learn about the land where you relocate to, it’s culture and ancestry. You might just be a caretaker of some incredible and sacred place, like me.

One thought on “The Universal Relocation Program”